Cochlear implantation is a relatively new procedure, which has already had significant impact on the lives of many profoundly deaf children and adults, in providing useful hearing to those unable to benefit significantly from hearing aids. After years of cochlear implantation, there is now a body of evidence covering a range of outcomes, much of which covers perceptual and linguistic outcomes.

In the past few years, due to the success of cochlear implant, the inclusion criteria has expanded to cover cases who deemed unfit few years back. Such cases include ossification (post meningitis or otosclerosis and so), anatomical difficulties (like high jugular bulb covering the round window or anteriorly positioned sigmoid sinus), inner ear malformations where you can expect cerebrospinal fluid leak (like in incomplete partition type 2), cases of chronic otitis and cholestatoma or previous cavity, revision cases and other less common situations. 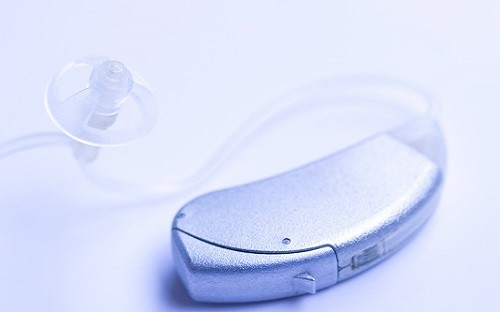 Many surgical techniques were described in literature trying to overcome these obstacles. In our hands the subtotal petrosectomy perfectly fulfils the requirements, even if among the international community there is a full agreement on its application only in presence of a previous canal wall down/radical cavity. The technique was described by Rambo in 1957 and described its “a technique to eliminate postoperative care of the cavity”. Later on, it was standardised by Fisch in 1988. It involves closure of the external auditory canal as a blind sac; removal of the remaining skin of the external auditory canal, as well tympanic membrane, malleus and incus; complete exenteration of all air cells and mucosa of the middle ear and mastoid; closure of the Eustachian tube and complete obliteration of the final cavity with abdominal fat.

It can be adopted in a different variety of otologic disease, as discharging cavities, meningoenchephalic herniation, recurrent or giant middle ear cholesteatoma, large type B paragangliomas. Due to the resulting conductive hearing loss of around 60 dB, the technique is mainly adopted in cases of pre-existing profound hearing loss. It also represents a fundamental step of many skull base approaches as the infratemporal A, B and C, the transotic and the transchoclear. The first applications for cochlear implantation were reported independently by Issing and Bendet in 1998; since then we assisted to a slow but progressive increase of the series published in English literature.

General advantages of the subtotal petrosectomy when applied to the cochlear implant surgery are the following: complete anatomical control of the middle ear and mastoid, increased light in the operative field, easier access to the round window area, simpler insertion of the array due to the wider and more favourable angle of approach, and positioning of the cochlear implant in an area completely sealed from the external environment, with no further risks of infection.

Depending on the specific clinical situations, additional advantages include the unobstructed access to the promontorium in case of anatomical obstacle or drill-out for ossification, possibility to position the cochlear implant in a single stage surgery even in presence of infection, no risks of recurrence in presence of cholesteatoma/chronic ear infection, safer control of the cerebro-spinal fluid leak in inner ear malformations. In the majority of the aforementioned situations surgery may also be attempted through the standard facial recess approach, but with a higher rate of incorrect or partial insertions.

In particular cases, when encountering unpredictable difficulties, it is even possible to intraoperatively switch from the standard facial recess technique to the subtotal petrosectomy, taking care to mention this remote possibility in the informed consent.

As in every surgical option there are also some disadvantages or drawbacks, in particular the necessity of an additional abdominal incision to harvest the fat and the necessity of a radiological follow-up in order to exclude a residual cholesteatoma arising from skin trapped in the cavity. This follow up may not be ordinarily achieved with MRI because of the artifact produced by the presence of the magnet. The two options are then represented by a series of CT scans or a single MRI at 3-5 years after removal of the magnet under local anaesthesia. However, in our opinion, the most significant obstacle that impeded a widespread acceptance of the technique is probably represented by the fact that it is not routinely performed in the majority of the otologic centres, but the ones commonly performing skull base surgery. It must also be underlined that in order to work, the technique needs to be perfectly performed in every detail, otherwise it ends up in a high percentage of failures.

In over 40 patients implanted by the senior author through the subtotal petrosectomy in the past four years in the ENT Department of the Parma University, Italy, it was possible to insert all the electrodes in all but a single patient, in spite of the difficulties presented by every single case of the series. On the other hand, the only recorded complication was a subcutaneous abdominal hematoma, requiring surgical evacuation. However, the follow-up is still too short to exclude the possibility of residual cholesteatoma.

In conclusion, the subtotal petrosectomy seems a safe solution to manage many different situations of complex cochlear implantation. It is not without risk, and it requires a trained surgeon in the lateral skull base field since it’s a bridge between otology and neuro-otology.

Falcioni discussed ‘Petrous Bone Cholestatoma: Classifications and management’ on April 28 a the ME OTO Exhibition and Congress 2019.